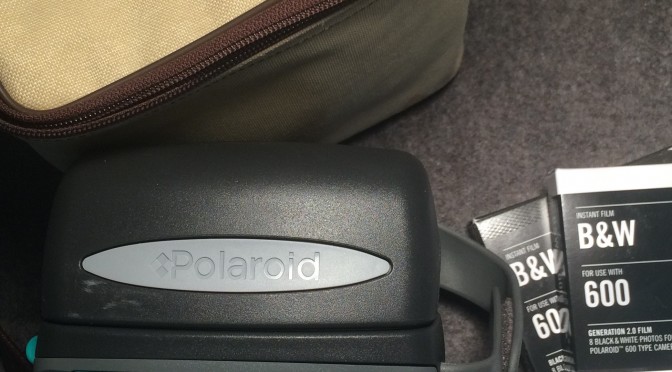 Hey, y’all, and how’s it going?
As I promised earlier, here’s a series full of tips for getting the most out of your Polaroid camera! Part one is about choosing the right camera and film for yourself to use.

As you might already know, there are four kinds of classic Polaroid cameras distinguished mainly by the film they work with: SX-70, 600, Image/Spectra and 8×10. As selecting the camera is a very important task, I have compiled a list of scenarios and a corresponding camera recommendation for you:

What camera I use, you ask? I am using a Polaroid Autofocus 660 camera because it’s robust and produces very sharp images – even sharper than my previous camera, the 600 CL.

After choosing your camera, the range of suitable films will be limited to the type of camera: SX-70, 600, Image/Spectra or 8×10 film.

In my opinion, this is one of the most difficult pre-shooting decisions.
It depends on the motif you’re planning on shooting. If you’re going to take pictures of very structural subjects like buildings and abstractly looking scenery, black and white film can help to direct the viewer’s attention to shapes instead of colors. B&W images can also have a darker atmosphere and tend to look more old-fashioned than colored ones. On the other hand, taking a picture of the colorful flowers in your garden doesn’t necessarily make sense on b&w film. You get the idea.

That’s it for part one of this series of Polaroid shooting Tips and Tricks. Check out the other posts in this series: part two “Capturing the moment” (pre-shooting and mid-shooting techniques) as well as part three “Preserving the moment” (post-shooting tips including development, modification and storage of the images).
Got tips to share with everyone? Feel free to do so in the comment section below!